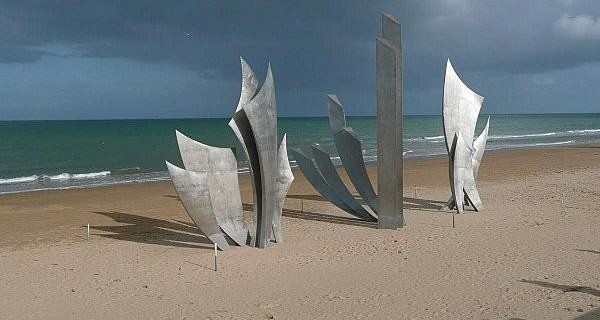 Omaha was the designated landing zone of the 1st and 29th US infantry divisions.
Their missions on D-day were not only to secure control the beach itself but also to clear the area as far west as Isigny (8 miles) and as far east as Port en Bessin (5 miles) to link up with the British.
The beach itself was overlooked by high sandy bluffs with 5 valleys running south from the beach providing breaks through the bluffs. The German defenses were mostly on the top of the bluff and the US troops would have to get close enough to neutralize them.

Half of the German defenders came from the low grade 716th Static Infantry Division. The average age of the soldiers in this division was 35 and these soldiers had no combat experience. However, the other 3 companies defending the beach were part of the 352nd Infantry division. This division was composed of what was left of 3 divisions that had fought on the Eastern front. These soldiers were young, well trained, had a lot of combat experience from their time on the eastern front and were also very well equipped.

An airstrike and a forty minute naval bombardment had preceded the landing, and according to the plan, the German defenses should have been neutralized and the beach cleared by 8:30am, 2 hours after the first landings on the beach.

This cemetery is the biggest US war cemetery of Normandy. It holds the graves of 9387 soldiers that sacrificed everything for freedom.
As all US cemeteries outside America it is maintained by the ABMC.