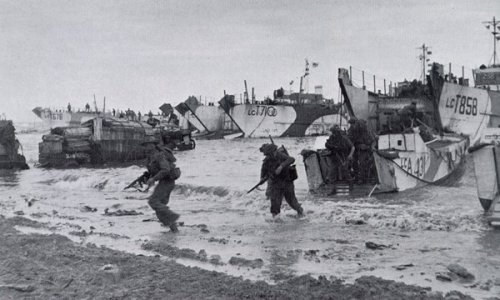 Gold Beach was the landing sector for the British 50th Infantry Division with the following objectives :
the assault was to begin at 07.25 hrs. Duplex Drive Swimming Tanks and other specialised Armour was to be the first to land after a prolonged naval bombardment.

the 69th Infantry Brigade to land on eastern end of Gold Beach at Ver sur Mer / La Riviere, secure the beach and push on as far south as the Bayeux-Caen road.

The 231st Infantry Brigade to land at Le Hamel, secure the beach then push west towards the small seaside town of Port en Bessin preceded by 47 Commando.