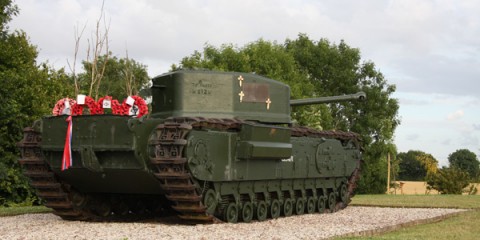 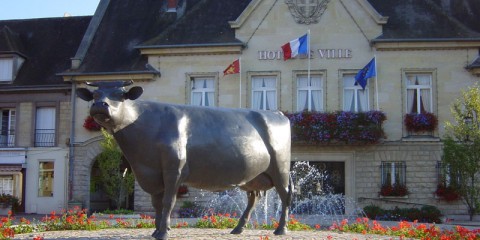 This rural town pays tribute to Marie Harel, the inventor of the Camembert Cheese (from the name of a nearby hamlet).

Situated on the eastern end of the Falaise pocket, a German Tiger tank still can be seen on the high ground overlooking the town.

The field marshal Rommel was injured outside a small nearby village in July 1944. 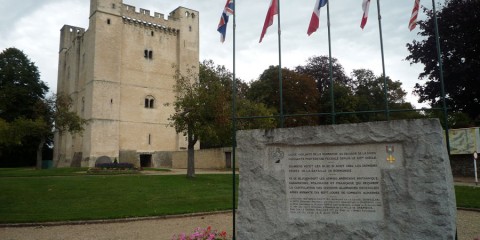 The battle of Normandy ended in the “Falaise pocket”, a triangle between Falaise, Argentan and Chambois.

The pocket was closed when the US troops linked up with the Polish first Armoured in Division in Chambois.

The highgrounds of Montormel (Hill 262) allow view on the last battlefield of the Battle of Normandy. 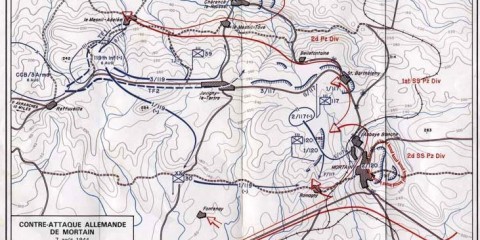 Mortain used to be a very important town during the middle ages. It was on one of the many routes to the Mont Saint Michel. From the high ground that dominates the town, the pilgrims could see the famous Mount for the first time, it was named Montjoie or the Mount of the Happiness.

This position was named Hill 314 (and 317) during WWII. The “lost Battalion” from 120th Regiment resisted to all the German attacks during several days.

These men were re-supplied by planes and even by recycled smoke shells from the US Howitzers.

By holding this high ground, the observers could communicate the German position to the artillery.

They were then stopping the German Counterattack codenamed Luttich from the 6th of August 1944. 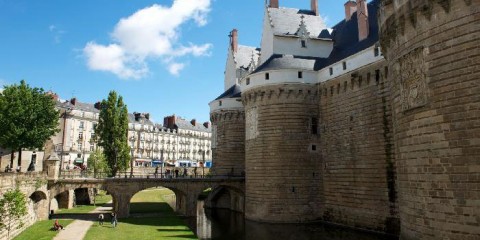 Known as the capital of the ruins, Saint Lo was a key crossroad for Allies and German logistics. The city was first bombed on D’Day, it was later shelled and bombed by the Allies and Germans for weeks. The US XIX Corps fought during the start of July the “battle of the hedgerows” to capture the city. No success was however possible without the control of Hill 192…
A few days after the liberation of the ruins the breakout was made possible. 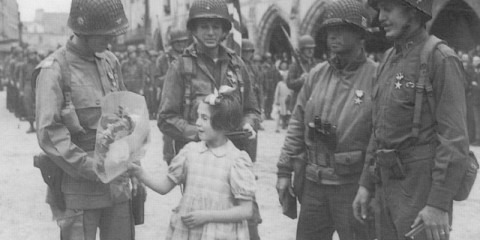 Surrounded by marshes, Carentan is a little town on the main road (one of the few paved ones in the area) between Omaha and Utah beaches.
The Allies needed to capture the town to link up the Vth and the VIIth US Corps.
To the Germans, it represented a key crossroad between Caen, Cherbourg, Brittany and the Loire Valley area.
The allies planned to liberate it on June 7th. The paratroopers from the 101st Airborne Division captured the town on the 12th. They suffered a German counterattack on the following day.
This town which was destroyed at 80% remained close to the front line until mid July.
To see now : the Ingouf farm, several monuments and some buildings that could be restored after the war.